West with Giraffes: A Novel

An emotional, rousing novel inspired by the incredible true story of two giraffes who made headlines and won the hearts of Depression-era America.

“Few true friends have I known and two were giraffes…”

Woodrow Wilson Nickel, age 105, feels his life ebbing away. But when he learns giraffes are going extinct, he finds himself recalling the unforgettable experience he cannot take to his grave.

It’s 1938. The Great Depression lingers. Hitler is threatening Europe, and world-weary Americans long for wonder. They find it in two giraffes who miraculously survive a hurricane while crossing the Atlantic. What follows is a twelve-day road trip in a custom truck to deliver Southern California’s first giraffes to the San Diego Zoo. Behind the wheel is the young Dust Bowl rowdy Woodrow. Inspired by true events, the tale weaves real-life figures with fictional ones, including the world’s first female zoo director, a crusty old man with a past, a young female photographer with a secret, and assorted reprobates as spotty as the giraffes.

Part adventure, part historical saga, and part coming-of-age love story, West with Giraffes explores what it means to be changed by the grace of animals, the kindness of strangers, the passing of time, and a story told before it’s too late.

I’ve always enjoyed stories about animals, and this one didn’t disappoint me. I was right there with Woody, the old man, and the giraffes, as they crossed the country, dealing with one adversity after another, wondering if they would make it to California. I appreciated the author’s and historical notes at the end, which explain the inspiration behind the book and provide fascinating background information about the time period during which most of the story takes place. If you’re interested in reading an adventure story involving animals and learning something along the way, West with Giraffes is for you. 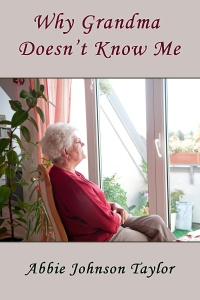 We hear about battered wives all the time but not so much about battered husbands. As it turns out, one of our U.S. presidents was in an abusive relationship, which he didn’t escape until his death. To find out which president was so unfortunate, read this post from Commonplace Fun Facts.

Please understand that domestic violence is no laughing matter. If you’re in an abusive relationship, get out! No partner is worth the pain.

Sadly, he was a battered husband. There just isn’t any other way to describe it. Mary was highly abusive toward her husband, both emotionally and physically.

Blood, Water, Wind, and Stone: An Anthology of Wyoming Writers

This is a collection of stories, poems, and essays that touch mostly on aspects of western life. Some pieces talk about nature and dealing with the elements, such as Patricia Frolander’s poem, “Wyoming 1949,” in which she describes cutting open a dead horse and crawling inside to stay warm while in the middle of nowhere during a snowstorm. Then there’s Aaron Holst’s poem, “Fire and Water,” inspired by one of the author’s firefighting experiences, that depicts an incident that can happen anywhere, not just in the west.

Other works discuss wildlife, such as Susan Marsh’s essay, “A Heart in the Shape of a Bear,” about the plight of this creature in the wild and in civilization. Still others deal with history and culture, like Cindy Jackelen’s poem, “Whose Land,” which depicts the brutality of the Indian War through several voices.

Not all pieces are set in Wyoming. There’s Patti Sherlock’s short story, “Mother George, Midwife,” a fictionalized account of a Negro midwife in Idaho during the 19th century who turned out to be a man disguised as a woman. Julianne Couch’s short story, “Reintroduction,” is set in the Nebraska wilderness. Then there’s Alyson Hagy’s short story, “The Saddlemaker,” in which a young girl from South Dakota is sent to live with her grandparents near Riverton, Wyoming, before her mother’s shady past catches up with her.

I’d love to tell you about each poem, story, and essay in this book, but there are so many of them. Like most anthologies, Blood, Water, Wind, and Stone can be read either cover to cover or in bits and pieces, depending on what strikes your fancy. Poems, essays, and short stories are bunched together, each in their own section.

That’s one thing I don’t like. In many anthologies and literary journals, stories, poems, and essays are together, not each in their own section. You might see a poem sandwiched between two short stories or two essays or one short story and an essay. For example, in Magnets and Ladders, an online journal I help edit, poems, stories, and essays are grouped into sections by topic. It creates less monotony that way.

Otherwise, I enjoyed reading many of the works in Blood, Water, Wind, and Stone. I know some of the writers whose works appear in this anthology, and it’s always fun to read what they have to say. Even if you don’t live in Wyoming, South Dakota, Nebraska, or Idaho, this book will give you great insights on western life.