Nick, a divorced cop, feeling depressed after being suspended from the San Diego police department, grudgingly agrees to work undercover as Santa Claus at a mall, where muggings have frequently been occurring. Not only is Nick expected to catch the bad guys, but he’s also compelled to grant a Christmas wish to a terminally ill child and find another child who wrote an anonymous letter to Santa, asking him to visit. He then meets a female television reporter, and things really get interesting. The realistic ending is predictable.

I usually don’t read detective stories, but the plot of this Audible daily deal intrigued me. It’s funny, sweet, moving, and not your run-of-the-mill mystery tale. I loved the way the narrator, Patrick Lawlor, portrayed Nick and other male characters, and his depiction of women and children wasn’t bad. This book is also available from Amazon. I know it’s a little late now, but maybe you can put it on your holiday reading list for next year.

Published by The British Library

This short anthology of Christmas stories and poems includes excerpts from such classics as A Christmas Carol and Little Women and work by Dylan Thomas, Shakespeare, and others. Of course no holiday collection would be complete without “A Visit from St. Nicholas,” also known as “The Night Before Christmas.”

This was another Audible daily deal with two excellent British narrators, Juliet Stevenson and Simon Callow. I could read some of the timeless classics in this collection over and over again. I was especially touched by the excerpt from Little Women, where the girls give their breakfast to a poor family on Christmas morning.

The recording was re-produced from a two-CD set, as evidenced by announcements of “Disc One” and “Disc Two.” With today’s advances in modern recording technology, you’d think those could have been deleted. Also, there should have been more of a pause between selections, especially when switching narrators. It seemed that one barely finished a selection when the other jumped in.

This book is also available from Amazon, so it would make a good family read during the holiday season. Children, depending on their ages, may find some of the pieces hard to grasp, but “The Night Before Christmas” and excerpts from A Christmas Carol and Little Women could surely be crowd pleasers. In any case, I hope you’ll also put this book on your holiday reading list for next year. 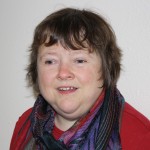 The Christmas Carriage and Other Writings of the Holiday Season

This collection of short fiction, poetry, and essays spans from Thanksgiving through New Year’s and beyond. In “The Thanksgiving Phone,” a blind woman finds a cell phone belonging to another woman whose son is in the military, serving overseas. In the title piece, a widow gets her long-awaited Christmas wish and more.

In “The Puppies of New Year’s Eve,” a dog breeder and a woman who buys two of his puppies discover they have a lot in common on a stormy New Year’s Eve. The author’s essays and poetry explore her holiday experiences while growing up in the 1950’s and 1960’s, adventures with her guide dog, and other topics. Instructions for playing a Thanksgiving poetry game and making Christmas cards are included.

I met Alice several years ago when she joined Behind Our Eyes, a writers’ group to which I belong. She’s a delightful lady who has inspired my own writing and helped and supported me and other writers.

Most of the material in her book has appeared on her blog over the years, but I enjoyed reading it again. For a second time, I was indignant after reading accounts of people in Catholic churches refusing to shake hands with homeless men during Mass and of one woman who told a homeless man he didn’t belong there. Again, I was moved almost to tears when a soldier serving overseas was reunited with his family at Thanksgiving. Many pieces in this book are appropriate for all ages, so I suggest families make it an annual tradition to read at least one of the stories together during this time of the year.