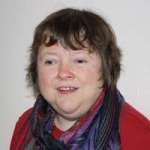 In this funny and poignant memoir, actress Carrie Fisher shares her experiences filming the 1976 production of Star Wars. She touches briefly on her life beforehand: her father, singer Eddie Fisher, leaving her mother, actress Debbie Reynolds, for actress Elizabeth Taylor, her step-father squandering all their money, leaving her mother nearly penniless, and her roles in Shampoo and other theatrical and film productions.

She explains how she auditioned to play Princess Leia in Star Wars and Carrie in the movie Carrie on the same day and of course got the part of Leia. She then describes the filming process in England: spending a week at a Texas fat farm in an attempt to lose weight beforehand, the Irish hairdresser who gave her the Princess Leia hairstyle, her affair with Harrison Ford, who played Han Solo, and friendship with other cast and crew members. She includes a series of diary entries she made during that time.

She discusses the aftermath: the shock of Star Wars’ unexpected popularity, dealing with fan mail, and signing autographs. She explains how her love of shopping and two years with a dishonest business manager impoverished her and how as a result, she was compelled to write travel pieces and appear at Disney Land with four-year-old daughter Billie in tow to make ends meet. She touches on other Star Wars episodes and points out in the end that if she weren’t Princess Leia, she would have been just herself, Carrie Fisher.

The recording I downloaded from Audible is mostly narrated by Carrie Fisher. Her daughter Billie Lourd reads the diary entries, most of which I skipped because they really don’t add to the story, and Billie Lourd’s reading of them was bland.

Although Carrie Fisher’s voice has aged since the original Star Wars production, I enjoyed the way she read the many anecdotes from her experiences and commentary on other subjects. Having once been a Star Wars fan, the miniscule details in the filming process fascinated me: the hairstyling and make-up, how she re-worked one of her lines because she thought it would sound better her way. I would like to have known more about the characters of Darth Vader, C3PO and R2D2.

When reviewing this book for Audible, I was asked who my favorite character was. Well, that was a no-brainer. It was Princess Leia, aka Carrie Fisher, may she rest in peace. I loved her spunk, determination, and courage. May the force always be with her.

If you’re a fan of Star Wars, you probably remember Carrie Fisher as Princess Leia. However, she acted in other films and wrote a novel. Wishful Drinking is a short, humorous memoir covering her life in general, though she shares some anecdotes from her experiences filming the original movie, like how Mark Hamill burst a blood vessel in his eye while filming the Death Star trash compactor scene.

She talks about what it was like to grow up as the daughter of two celebrities, singer Eddie Fisher and actress Debbie Reynolds, how her father left her mother for another woman when Carrie and her brother were kids, acting with her mother in plays and performing in nightclubs while in New York, her on-again off-again relationship with Paul Simon and others, and waking up one morning to find a dead man in bed next to her. She touches on the birth of her daughter, a product of one of the other relationships, and describes her struggles with drug addiction and mental illness. She ends the book with a quote from Star Wars and says no wonder she was mentally ill. She could never get that speech out of her head.

I was a Star Wars fan in the 1970’s, and after learning through The Writers Almanac that Carrie Fisher’s birthday was this month, I thought now would be a great time to read this book. I had to laugh at one point when Carrie Fisher said she was once diagnosed with post-traumatic stress disorder and didn’t believe she had it. It occurred to me that after everything Princess Leia goes through in the original Star Wars series, she would be a great candidate for post-traumatic stress disorder. I wonder if Carrie Fisher ever thought of that. Even if you’ve never heard of Star Wars, I think you’ll find this book delightful.